Last week’s rally was driven by the technology, consumer discretionary, and communication services sectors, with the so-called “Awesome 8” (Amazon, Apple, Google, Facebook, Microsoft, Netflix, Nvidia, and Tesla) maintaining their leadership. The tech-oriented Nasdaq continued its outperformance since March, passing its prepandemic high last week. The positivity around the market was mainly supported by lower coronavirus case counts and continued liquidity from central banks. The sectors that lagged the most were energy, financials, and utilities.

We saw the impact from the strong business sentiment during the month with Friday’s release of the July employment report. The economy added 1.76 million jobs in July, which was better than economist estimates for 1.48 million. Although this is down from the 4.79 million jobs added in June, this marks the third consecutive month with more than 1 million jobs added after anticoronavirus measures in March and April devastated the labor market.

July marked a strong start to the second half of the year for markets, as all three major U.S. equity indices ended the month in positive territory. The Dow Jones Industrial Average (DJIA) gained 2.51 percent for the month, and the S&P 500 impressed with a 5.64 percent return. The Nasdaq Composite, with its heavy weighting to technology, was the leader, rising by 6.85 percent.

Thursday saw the release of the first estimate of second-quarter GDP growth. The economy contracted at an annualized rate of 32.9 percent, which was slightly better than economist estimates for a 34.5 percent annualized contraction. This is the worst single quarter for economic growth in modern history, surpassing the 8.4 percent annualized decline in the fourth quarter of 2008. This report shows the devastating impact anticoronavirus measures had on the economy during the quarter. A sharp drop in personal consumption was the primary driver of the economic contraction; the 34.6 percent annualized decline in consumption was the largest quarterly decline on record. These are certainly concerning figures, but it’s important to recognize this is backward-looking data and that economists anticipate a double-digit rebound in GDP growth in the third quarter.

U.S. equities were down last week. The tech-oriented Nasdaq Composite struggled the most, as big names in the space—Microsoft and Intel—sold off after reporting their earnings. Microsoft reported slower cloud computing growth than expected, and Intel reported there would be a delay in the rollout of its next generation of chips. Communication services and health care also struggled. The best-performing sectors included energy, consumer discretionary, and financials. The value-oriented sectors in energy and financials outperformed growth names due to concerns about historically high valuations. There have also been concerns regarding the economic recovery, as states such as California and Texas passed restrictions to help slow the spread of the coronavirus. In addition, U.S.-China geopolitical tensions increased, with each country closing its consulate (i.e., Houston and ChengDu) in the other’s country.

U.S. equities were led by the Dow last week, as industrial blue-chip names outperformed the recent high-flying FAANG companies (Facebook, Amazon, Apple, Netflix, and Google). Earnings season kicked off with banks such as Morgan Stanley, Goldman Sachs, and JP Morgan among the outperformers. These firms benefited in the face of lower rates as trading revenues helped offset the effects. Health care was also bolstered by a report from the New England Journal of Medicine that a 45-person trial for a potential COVID-19 vaccine yielded positive results.

U.S. equities were led by the tech-oriented Nasdaq Composite last week. Investors continued to flock to Facebook, Apple, Amazon, Microsoft, and Google. All of these names were up by more than 3.5 percent on the week, with Amazon up by double digits. Other tech names, such as Tesla and Netflix, posted even greater gains. The end of the week also saw large banks (i.e., JPMorgan, Citi, Morgan Stanley, Goldman Sachs, and Bank of America) tick higher, on news from Gilead Sciences that its drug Remdesivir may reduce COVID-19 deaths by as much as 62 percent in extremely sick patients.

We started last week with Tuesday’s release of the Conference Board Consumer Confidence Index for June. Confidence rose from 86.6 in May to 98.1 in June, against expectations for a more modest increase to 91.5. This improvement, the best single-month increase for the index since 2011, helps calm concerns about rising case counts affecting consumer confidence. 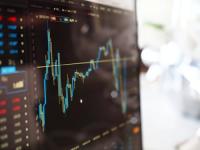 June was another positive month for markets, despite concerns about the spread of the coronavirus causing some volatility near month-end. All three major indices posted positive returns for the month. The S&P 500 returned 1.99 percent, the Dow Jones Industrial Average (DJIA) gained 1.82 percent, and the Nasdaq Composite rose by 6.07 percent. On a quarterly basis, all three indices showed strong rebounds following March’s volatility.